Elisabet Avramidou Granlund is an Indian-Swedish-Greek actress who currently resides in Mumbai. Elli AvrRam is her stage name. She participated in Bigg Boss and starred in the popular film Kis Kisko Pyaar Karoon, directed by Abbas-Mustan. She has additionally appeared on the renowned Scandinavian discussion show Skavlan.

She gained notoriety for her amazing belly-dancing skills in front of the general public. In addition, she received a great deal of praise for her role in the movie Mickey Virus. About the diva, it should go without saying that the female is stunning and rules supremely in terms of style and fashion. She has a phenomenal sense of style, which we have long envied. No matter what she wears, she emanates perfection and style.

Elli AvrRam shared a couple of images of multicolored sequence lehenga. First, she did her accessories with a silver-green necklace, bracelet, and ring. Next, she did her nude brown makeup. Finally, she styled her hair in a side parted open hair. She captioned her post, “If a Mermaid was ever found in the Desert.” 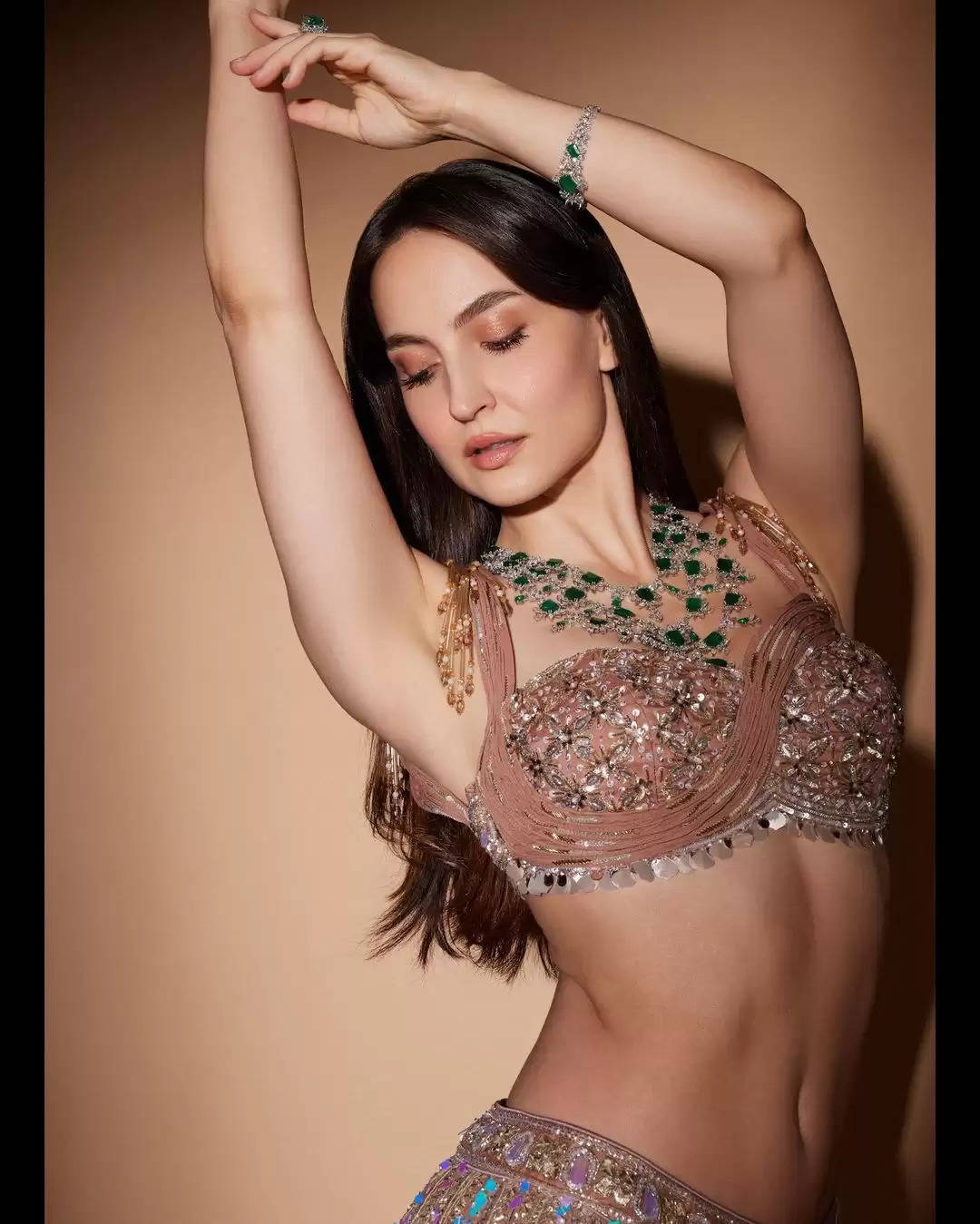 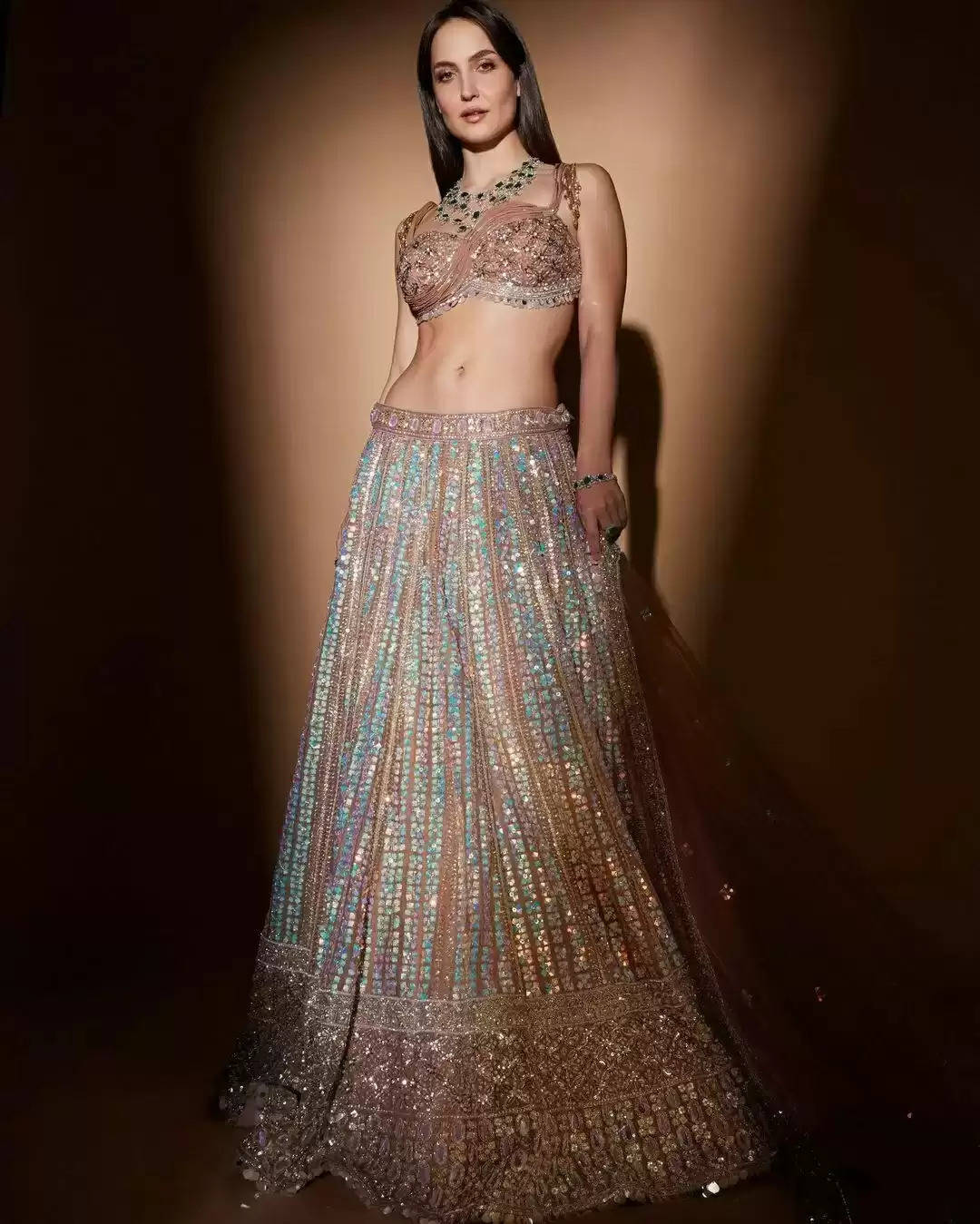