A wedding in Greece! 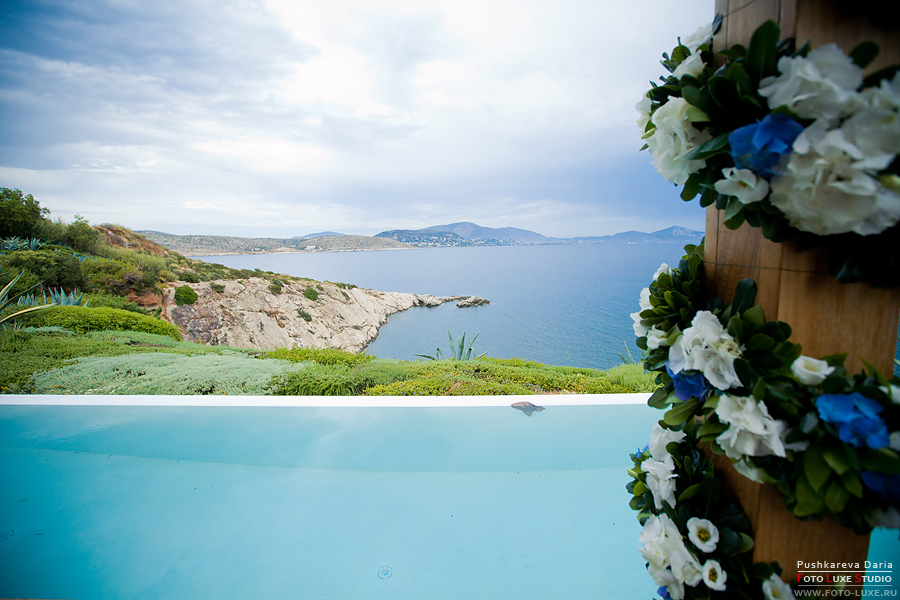 While bridal couples stand in line, hoping to capture the magnificence of the sundrenched island of Santorini, and its unique caldera sunsets, others are letting the cat out of the bag.   Yes, Athens too has its very well kept secret!  The Athenian Rivera fastly becoming known as the caldera of Athens. Athens venues of understated luxury, perched on the Athenian seaside stretch out to magnificent views of the open sea with those same sunsets seen in Santorini, affording destination bridal couples the golden possibility of planning their wedding in Athens, and at the same time allowing each invited guest the possibility to go wherever they wish after honoring the couple in Athens.

There is a lot more for invited guests to do and to view on their own, both before and after a wedding in Athens.   With the famous Plaka, Monesteraki flea market, and the never ending stream of seaside coffee bars and beach bars available on the Athens Rivera, more and more couples are opting to marry in Athens, and after tying the knot, choosing to do their island hopping after a romantic honeymoon in Santorini alone. Out of town guests travelling to Greece for a wedding in Athens, are afforded the opportunity to laze in the Grecian sun on the sundrenched beaches of Athens, visit the famous Acropolis and then choose their own private visit, to any island of their own choice.  There are numerous possibilities of daily excursions to nearby islands like Hydra, Poros and Aegina which are not more than an hour away by ferry boats leaving the Athens harbor many times each day.  Being afforded the opportunity of spending a few days in Athens, also gives the invited guest time to visit the famous Temple of Poseidon which lies on the most southern tip of Athens, namely Cape Sounio, the fairest cape in the entire world.  Visits to the rich cultural heritage of the Acropolis and the Athens Museum hold a special treat that guests ordinarily miss out on when flying directly to island destinations.

Design a Day Wedding and Event planners have thrown in a free bridal bouquet and wedding cake for all bookings confirmed during the month of February 2012, for weddings in Greece for 2012 that will take place in Athens.  So bridal couples take your cake and eat it in the country of the gods. Design a day provide wedding & event planning services to a number of sophisticated and discerning clients who appreciate style, want the very best and for whom excellence is a high priority

Replies to This Discussion