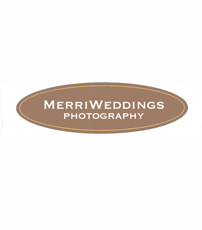 Merri Cyr has not received any gifts yet

Do you have a wedding website, blog, or registry link?
http://www.merriweddings.com

Wedding Vendors - Tell Us the Service That You Offer Brides
Photographer

City (Do not abbreviate.)
New York

As a teenager in the early eighties, Merri left her small town of Adamsville, RI for New York City as a finalist in a national modeling contest. After winning and being photographed by world famous Richard Avedon, she started modeling in New York City. During that time, she became more fascinated with what the photographers and assistants were doing behind the camera than with modeling itself. Soon she started shooting documentary photos on the streets of New York, which led her to take up her studies in photography at Pratt Institute, where she earned her BFA.
After graduating from Pratt, Merri became focused on portraiture, especially the documenting of musicians and artists for magazines and record companies. Her clients include the record companies Warner Brothers, Maverick, Mercury, Verve, and Columbia Records, as well as Rolling Stone and Entertainment Weekly magazines, among many others. She has over seventy album covers to her name. She has also had a book published, "A Wished-for Song, Portrait of Jeff Buckley," which includes 360 photos and interviews she conducted.

"In my 15 years of experience shooting album covers and editorial magazine work, I believe it has given me a unique perspective on wedding photography. I love both the candid documentary aspects of wedding work as well as having the opportunity to work with the bride and groom to shoot beautiful portraits. My idea when developing Merri Weddings was to approach an event with a photojournalist’s eye, the way I would shoot a job for a magazine. At Merri Weddings I will strive to help make your day as stress-free as possible. From our initial meeting to the completion of your job, I will do my best to help make your wedding experience fun!"

OFFICE SHARE FOR WEDDING PHOTOGRAPHERS AND VIDEOGRAPHERS in NYC

Tired of meeting wedding clients at Starbucks? Seeking wedding photographers and videographers to share an office space in Tribeca for meeting clients. Looking for a total of six people to share, with four spaces filled already. Client appointments are booked using shared I Calendars or Google Calendars online.…
Continue

Merri is offering a free engagement portrait session with the purchase of any MerriWeddings package. Or if you prefer, you can add an extra hour to your wedding package free of charge. That's a $495 value!

Christine Dyer said…
Hi Merri - I just added a new feature under BridalTreats called OUR Inspiration Board. I posted the collage that you made of Bill and me. Check it out!... http://www.bridaltweet.com/page/wedding-inspiration-board

Enjoy the rest of your day!

It is SO great to have you here! I hope that business is booming on your end. Bill and I were so incredibly happy with your photography services for our wedding last June. Thank you for all that you have done for us.

And thank YOU for being one of the first members of this exciting new community. So let’s get this party started! Feel free to invite other Brides, Vendors, and Twitter Followers. You can promote your business by starting your own BridalTweet Blog, Discussion, or Group. You may want to join the New York Goup or the Photographers Group. Or just get to know your fellow BridalTweet members by browsing some profiles or by searching for members who share your interests. Add friends and start twittering with people who are truly passionate about weddings.

I'll do my absolute best to bring more people to the community over the next few weeks, so please keep checking back. If there is anything that I can do for you, please let me know.