Shivangi Joshi's Style Guide On All Kinds Of Sarees – You can’t miss!

This beautiful television actress is just 22 years old and already has a huge fan following! Beautiful and stylish, this actress was first seen in Begusarai and Beinteha but got her first lead role as well as immense popularity as Naira in ‘Ye Rishta Kya Kehlata Hai.’

Shivangi Joshi, who is enthralling audience as Naira in Yeh Rishta Kya Kehlata Hai, is seen to be the style diva always inspiring people by her different looks and way to a different style that is super classy. Her style…

Katreena Kaif's Skirt Fashion is perfect for your summer date

Skirt fashion is an easy way to look chic effortlessly. Different types of skirts help you achieve a plethora of looks for different occasions.

Given the flawless skin and faultless figure that Katrina Kaif has, bonafide fashionistas can absorb some real handy fashion tips that will prevent them from being a style victim. You will also be able to prove to everyone that you are someone who takes her wardrobe and heritage seriously and are willing to go the extra mile to keep it…

Green is a shade that springs with its lush, celebratory effervescence, and there’s something special about a lehenga crafted in the eye-catching hue, no matter what shade you go for.

Housefull 4 actor Pooja Hegde is certainly among those who believe in giving hotness goals and breaking the internet with glamorous pictures. Riding high on the success of her last release, Ala Vaikunthapurramuloo, Pooja is touted as one of the most successful female stars not just in Bollywood but South…

Known for her bold, quirky and trendy fashion sense, Kangana Ranaut never fails to disappoint with her fashion choices. No matter what she’s dressed in, her experimental side is always evident.

Kangana has always been a trendsetter, all while doing what she likes the best. A self confessed saree lover, she made headlines when she wore a Rs 600 cotton saree from Kolkata, at an airport and even urged the masses to support local and organic craftsmen.

Known as the Queen of…

The fashionista of Bollywood – Sonam Kapoor doesn’t just preach fashion, she practices it too. She has this amazing sense of fashion and easily knows how to turn a simple outfit into a magical one. Sonam Kapoor is a fashion icon who hits it out of the park with every single outfit can never be up for debate. Her effortless style & love for experimentation, is the stuff sartorial legends are made of.

The diva, who is known for her bold fashion avatar, recently shared a series of…

Marathi and Bollywood actress Amruta Khanvilkar can be totally relied upon for the best fashion statements. The Raazi actress' Instagram feed is like a style diary for anyone who wants a desperate wardrobe change. Each time we think she has aced a saree look, she surprises us with another, which is even better. However, looks like she has a special place for sarees in her heart!

The stunner has a plethora of pictures dedicated to the nine-yard statements. She has not only chosen the…

Indian actress and television director Neena Gupta is a fashion sensible person who always rocks the audience with her amazing attires. She is known to have a huge collection of sarees and also have a huge fan base for the same. At these promotional events, the actress has been delighting us with some great saree moments.

For the latest event, Gupta opted for a red saree that made her…

Desi girl Priyanka Chopra is one of the hottest stars today, not only in India but across the globe. PC as she is called, never fails to amaze her fans with her style statement. Time and again she has given her followers some real fashion goals.

Last evening, the Bollywood stars came together for Mumbai Police’s festival ‘Umang 2020’. It is an annual charity show, organised by Mumbai Police for the police force and their families. 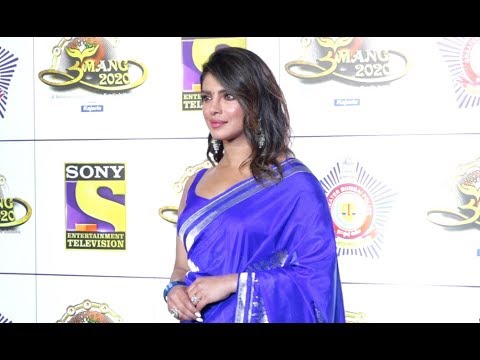 Owing to the massive popularity of the show Ishqbaaz, actress Surbhi Chandna, who essays the role lead role of Anika in the show has quickly become a household favorite.Coupled with her acting skills, the actress in also known for her dazzling good looks and pouty lips. She is also one of the most stylish actresses on TV currently and her sartorial choices her always on point.

Deepika Padukone has never failed to impress us with her fashion choices. She is undoubtedly considered as the queen of Bollywood. Her film Chhapaak released on 10th Jan and is doing wonders at the box office.

Actor Deepika Padukone once again dolled up in a saree to promote her recently released film Chhapaak. This time though it was not a Sabyasachi one. Deepika choose an Anamika Khanna saree to wear as part of her latest promotional outing in the media. During the promotions of movie Tanhaji, Kajol was seen wearing some stunning sarees

For the promotions of her recently-released film, Tanhaji: The Unsung Warrior, Bollywood actress Kajol picked up a few gorgeous sarees from her collection. While at it, the actress has been giving some major fashion goals in traditional outfits. Be it sarees or suits, she has managed to impress her fans every time she steps out for an event. Kajol’s fashion can be traced to one of the most famous saree scenes ever in a Bollywood film (Kuch Kuch Hota Hai) and it looks like she wants to keep…

Actress Kangana Ranaut is gearing up for the release of her upcoming film Panga. The lady has kick-started the promotions and we are once again falling in love with her looks. Kangana's love for sarees is known to all. From wearing affordable sarees to designer ones, she has tried it all.

On Tuesday, the makers of Panga released the title track. Kangana was also present at the launch. For the same,…

Celebrities put their fashionable foot forward as they attended the 77th annual Golden Globe Awards on Sunday at The Beverly Hilton Hotel in Beverly Hills, California, which is touted to be one of the award season’s biggest nights for fashion.

Turning heads on the red carpet was the lovely Priyanka Chopra Jonas, who was also a presenter for the awards night. With husband Nick Jonas by her side in a double breasted black suit, Priyanka had all eyes on her in a…

Ethnic looks of Kajol that are unmmissable in Tanhaji promotions

After many years, Kajol and Ajay Devgn will be seen together on the big screen in Tanhaji, and they both are busy with the promotions. Kajol, who has upped her fashion game, was spotted in different looks and managed to impress us. And without a doubt, she has been nailing the ethnic wear look. The 44-year-old is looking her best right now and we can't stop gazing at her.

She was recently spotted looking lovely in a Madhubani…