Janhvi Kapoor posted a picture of herself wearing her mother Sridevi's Kanjivaram saree!

Every woman's first love, saree connects her to her roots and makes heads turn in wonderment when she flaunts the nine yards of elegance! If we have to name someone from the B-town, who perfectly blends the contemporary elegance and traditional charm with her saree looks, then it has to be the Dhadak of the nation, Janhvi Kapoor.

anhvi often takes to her social media profile to reminisce the fond memories with Sridevi and sometimes even her caption-less posts speak for the volume of love the 23-year-old starlet has for her late mother. On National Handloom Day 2020, which is celebrated to salute whoever is associated with handloom and handicrafts sector, Janhvi Kapoor posted a picture of herself, wearing her mother, Sridevi's saree. Sharing a picture in her most favourite and special handloom saree, Janhvi captioned the post as "Today is National Handloom Day! This is my most favourite and most special handloom saree.

For the unversed, Janhvi Kapoor had donned her mother’s beautiful saree and had looked as pretty as her, at the 65th National Film Awards. Sridevi had worn a pink and white kanjeevaram saree at actor, Ram Charan's wedding in 2013. Even though with some minor changes in the saree, Janhvi had proved that she is the reflection of her mother. While originally Sridevi had worn this saree with a sleeveless blouse and matching necklace and earrings, her daughter, Janhvi had opted for cropped sleeves blouse and kept her look simple with just a pair of jhumkas. 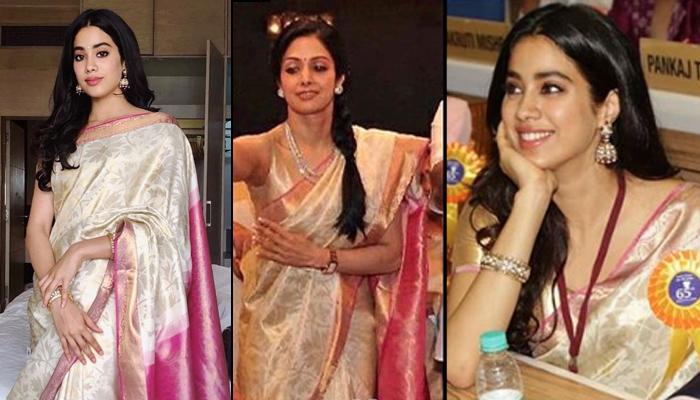 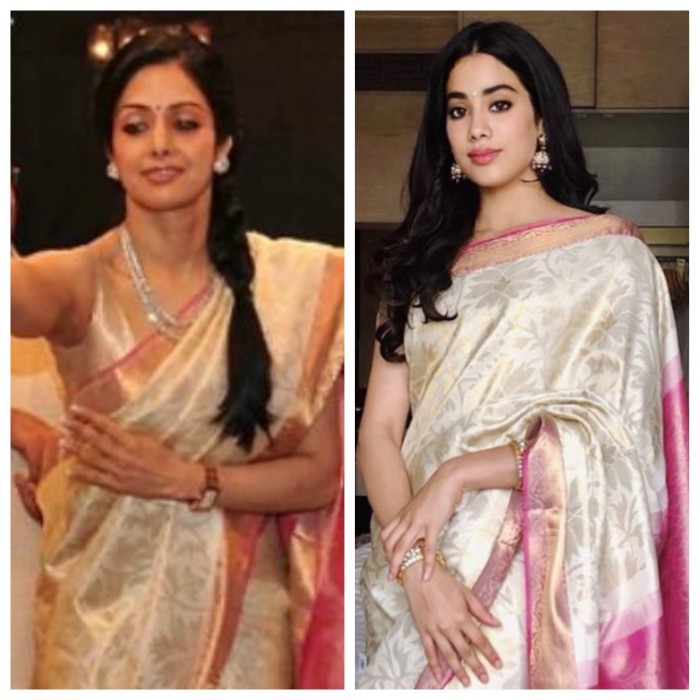