Tabu poses on the terrace looking ethereal in a green saree

Tabu is getting a lot of love at the moment for her performance in 'Drishyam 2'. The film has also been getting in those big numbers which Bollywood releases were missing for a while. The actress is clearly on a roll, as this film comes after her top-notch performance in 'Bhool Bhulaiyaa 2'. The actress also wins heart of netizens with her stunning pictures on the gram.

Tabu put up a beautiful picture where she's seen on a terrace looking ethereal in a green saree. She's left her hair open and the picture on the whole is a visual treat.

The 'Drishyam 2' actress had been on a promotional spree for the film before the release. And now, she's already gearing up for an interesting line-up ahead. Tabu will be teaming up with Ajay Devgn again for 'Bholaa', the teaser of which has been unveiled yesterday. 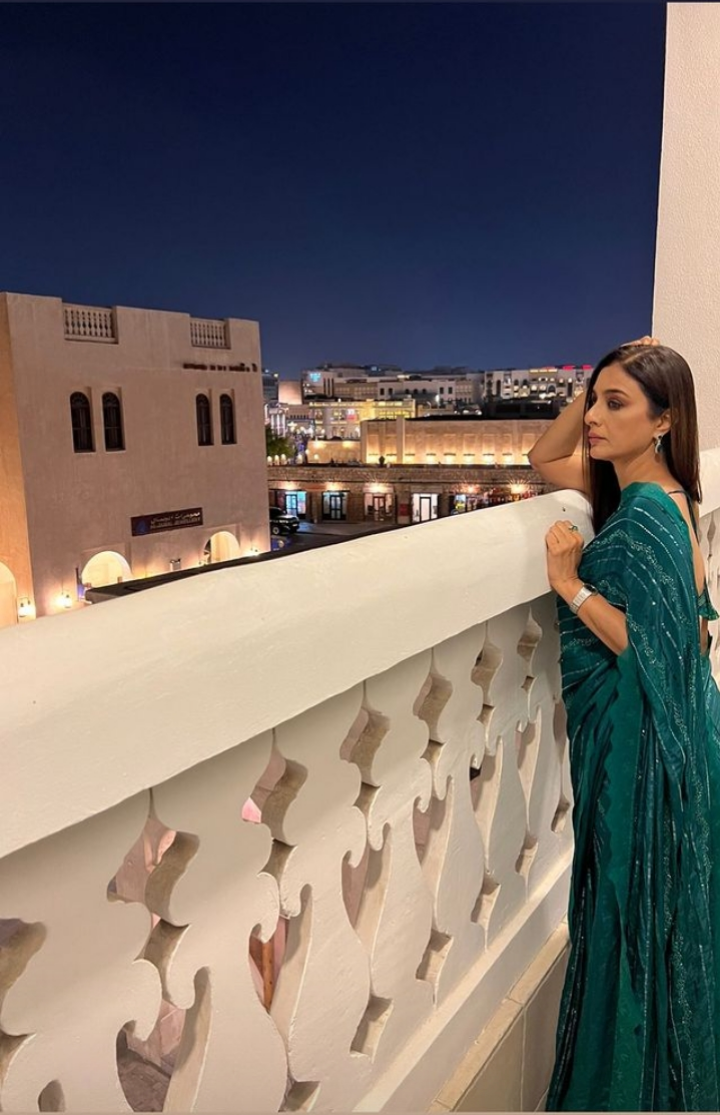